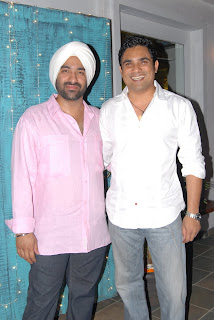 Last night was just one of those days which Ranjit, my best friend, makes happen with such ease. At YELLOW TREE! The newest most happening cafe set up at Pali Naka, Bandra by catering institute buddies Nicky Bedi and Roy Edwin, an all day restaurant, spread over three floors, that offers all time classic continental cuisine and some fusion fare as well.

As usual, Ranjit had brought together his most ecclectic gang of friends for a taste of the most awesome food where spirits were high because of superb cocktails served with style. I went there for half an hour and stayed for 5 hours instead, right until Roy and Nicky literally had to beg us to leave...

Everyone was there from Bunty Walia to Azeem Khan, from Shibani Kashyap to Jimmy Felix, Anaida, Umesh Pherwani, Surabhi Kalsi, Leena Mogre, Sherrin Verghese, Viren Shah, Siddhartha Kanan, Jatin Kampani and more.
Throughout the evening, everytime I bumped into Ranjit, somebody or the other was telling him what a good time they were having and he, his humble self, kept repeating, 'it is all because of all of you, without whom this would not be possible', little realizing that it's only him I know, who brings together people whom he instinctively knows, will love to meet and live it up for an entire evening wherever it is in the world.
What's great about Nicky and Roy is that they are so warm, friendly and young and just blend with the atmosphere like they are also guests at their own party.
I stepped out of my car singing 'Yellow Tree very pretty and the Yellow flower is sweet...' to be constantly corrected by soulmate Salim Asgarally, who was lost amidst a bunch of girls who wouldn't let him go. No cliches here, as the girls, led by gang leader Achala Sachdev couldn't stop laughing and having a blast, while I sat with Madhusudan Kumar, an artiste beyond, as he recounted stories of how he approaches all arts with the same passion that he feels for what he primarily is, which is a painter. He has composed music, he had made films and is now moving on to make one more film for which he is writing his own script. Wow! A pure genius he is and I have known him for years, which is why it was great to meet and sit and chat with him after a loooooong time.
While Achala played hostess, (it comes naturally to her, whosoever's party it may be, because she has to see to it that everybody has to have a good time), Anuradha Tandon wanted to inspect the joint from the top floor to the bottom and had to be escorted through a guided tour by Ranjit, Nicky and Roy. Anuradha, a writer, columnist and film maker herself had ideas spilling out of her and had a bloody good time with the lemon margueritas she had by the dozen/s I think ;-P !!! She will kill me for revealing this truth, but high in the sky Anuradha is so much fun as her voice gets huskier and she is told by almost everybody she meets, that she has a voice to die for. 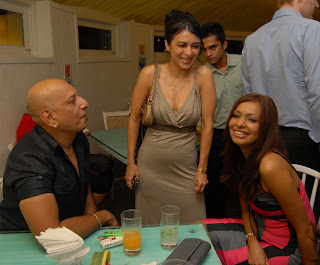 Ken Ferns, my partner in drag on whichever occasion that permits, kept each and everyone laughing with his antics and looked edible in his off white shirt with blue jeans with an even more off white waist coat to add to the subtle he is so absolutely known for.

Salim, most attractive to all men and women, kept getting dragged in different directions but made it a point to see that the spirits of the girls remained lifted as he chased the bar to ensure that no glass was ever empty, be it Natasha Selims or Anuradha Tandons or Achala's or the wild and crazy Ananya's whom he has planned to do a photo shoot with for the promotion of his next line for 'men'. 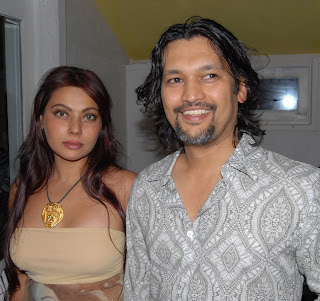 And Dolly Lal, the party animal who loves to dance, drink, laugh and pump the music was here from Pune, and she came along with us because she is common as a friend to all of us. She has a house on the ground floor in Khar, and it was early in the morning after that dreadful night which caused havoc in Mumbai in July, 2005, when she managed to reach home safely, that she got a stroke when she saw the state of her appartment after an exhausting night filled with fear for all of us. Paralyzed on the right side of her body instantly, Dolly has been through excruciating pain and endless treatment to bring herself back with the mountain of power she has within, which has given her the strength to get back to partying with her friends, which she loves the most. She still needs to put one leg in braces to walk, and is on the last stages of healing herself completely and I'm proud to be one on the list of friends from her past which she left behind after she was dissapointed with the way most of her other friends went on with their lives, leaving her to recover alone with sister Lippy and her parents being the only ones by her side. 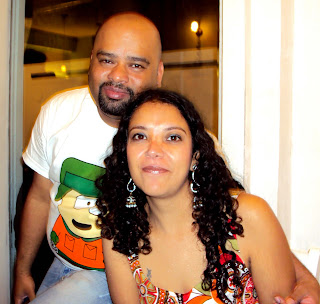 Now the long curly haired wild child is back in action, pumping both Mumbai and Pune to her beat, and Yellow Tree loved to relaunch her into the scene alongwith its own launch.

Everybody loves Dolly and Ranjit adores her.

RANJIT said…
Oh wow...this is soooo amazing. As usual Im speechless. When I read Ur work, I realise just how much I have to learn as a writer and in writing as an art-form. Truly fab!
October 22, 2009 at 7:56 PM 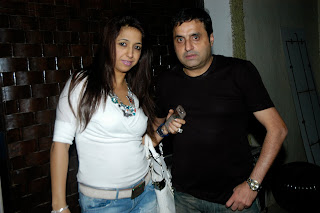 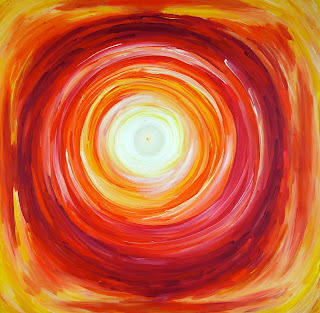